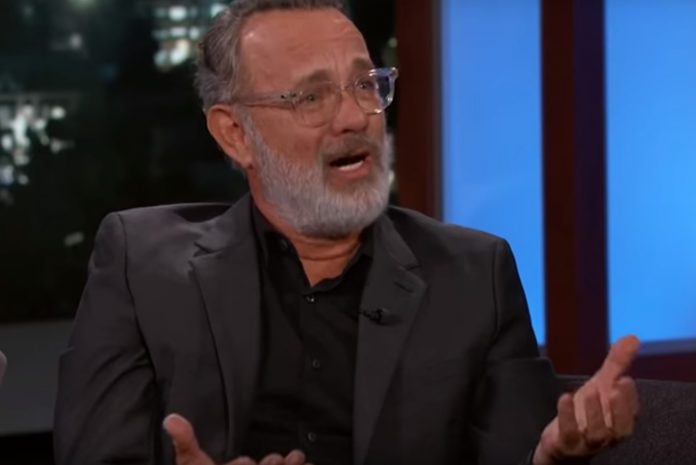 Tom Hanks was on “Jimmy Kimmel Live!” last night and talked about what it was like to play Mister Rogers!

Aside from the power he felt putting on the iconic red sweater and blue shoes, Hanks also talked about what it was like shooting in Philly!

Some fans were apparently pretty concerned if Hanks would be good enough at portraying the beloved Philadelphia native to the point one person (kind of) threatened him!

“We take Mister Rogers very seriously here,” Hanks recounted what the fan said to him as elevator doors closed!

Is Your Significant Other Out Of Your League?