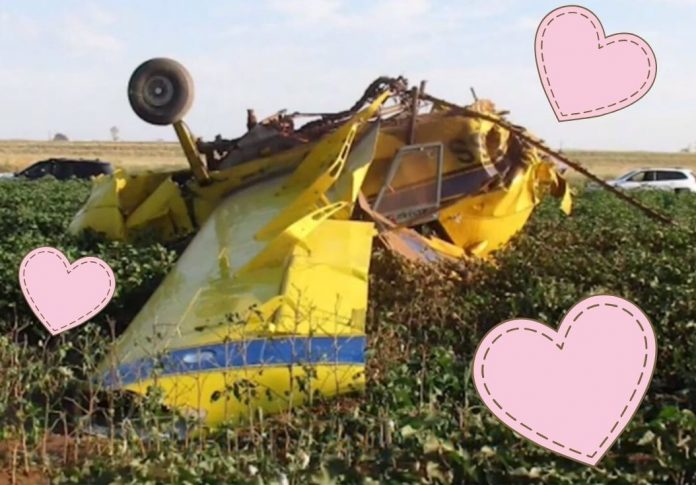 This gender reveal may have gone horribly wrong but hey, at least everyone literally everywhere now knows, it’s a girl.

A pilot in West Texas was recently hired to fly his crop-duster plane over a gender reveal party to dump pink water but then crashed the plane!

Fortunately, no one was killed, and there wasn’t a forest fire or anything as a result like in other horrific gender reveal mishaps.

Can’t we all just tone it down? What ever happened to a simple cake/cupcake reveal or just a simple phone call to friends and family?