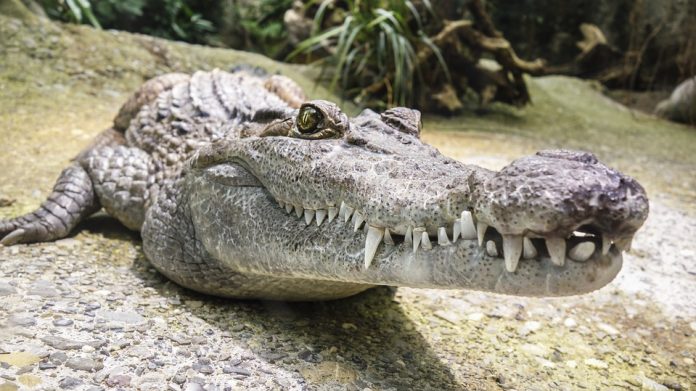 A 42-year-old Australian man was on a hunting trip when he encountered some shallow waters.

He assumed he stepped on a log but it was actually a 15-foot-long crocodile!

To say the least the croc wasn’t about to say “‘Ello mate, let’s be pals” after being being stepped on.

So it reared it’s head and bit him right in the crotch.

The aussie responded with boxer blows to the animals face and nose until he was able to escape.

He later did an interview from his hospital bed.

For the whole story here!

‘Johnny Football’ Shares He Prefers To Go By John Now