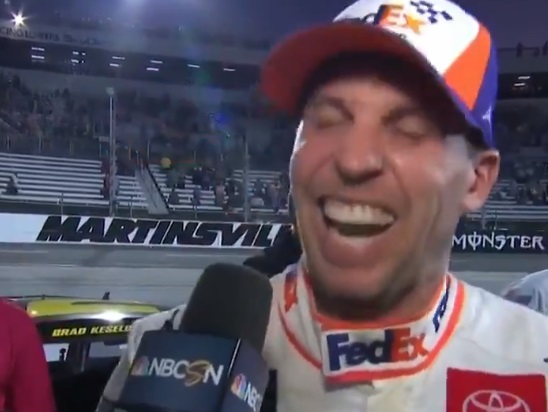 It’s playoff time for NASCAR and it is safe to say tensions are rising faster than the cars can drive!

One of the biggest beefs recently is between Denny Hamlin and Joey Logano!

After the race, an exchange of words turned into a little scuffle to which Hamlin played it off like it wasn’t really anything but did leave us with a hilarious impression of Joey!

Logano also responded but not in the same manner as Hamlin!

So was his impression spot on or not? You decide!

Two sides to every story.

Hear from Joey Logano after his post-race altercation with Denny Hamlin. #NASCARPlayoffs pic.twitter.com/7TVEitWNFf

This Italian Woman Is Really, Really Bad At Playing The Flute