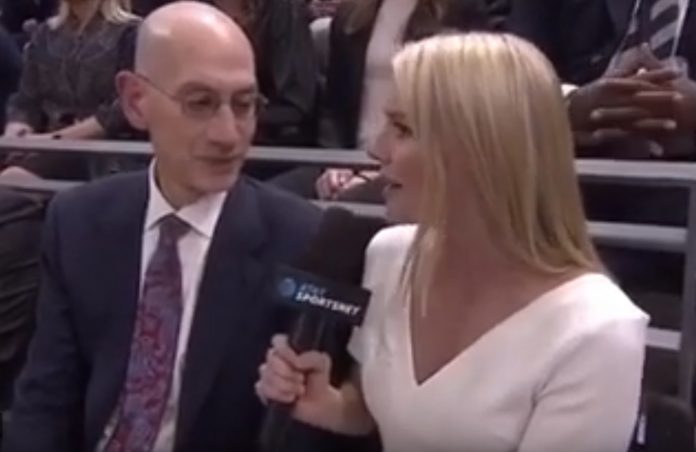 Look, we don’t blame her, but boy is this awkward!

It really could have nothing to do with the actual size of Adam Silver’s disproportionate schnoz but she tries everything she can to correct it!

Right before she went on with him she probably was telling herself “don’t say nose, don’t think nose, don’t look at nose” and then this magic moment happened…

Poor girl! We’re sure it could have happened to anyone…and it’d be just as hilarious then too!

Is The WWE An Essential Business Or Not?