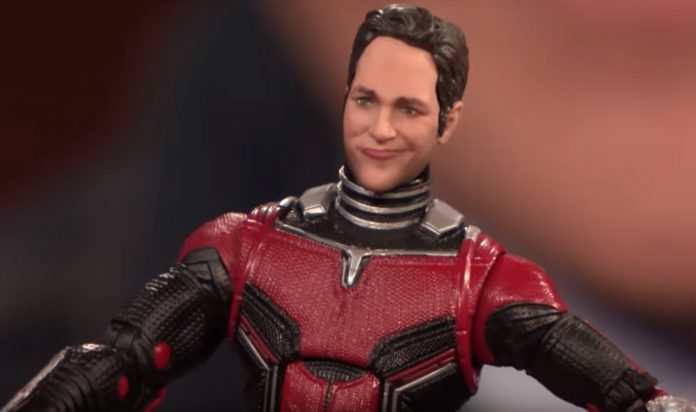 Many would say Paul Rudd ages like a fine wine, we’d say he ages like a wine they make a new one every day because this man does not age!

With all the success he has had, one of his latest stand-out roles has been in the Marvel Universe as Ant-Man!

Now, his youth will be forever encapsulated in an action figure of his character…if only he actually liked it!

While chatting with Conan, they bust out the mini version of Rudd and he says he thinks it looks like an “a**hole”!

Do you agree? Will you get one anyways?

Need Something To Do During Quarantine? Learn How To Sing Heavy...

Man Steals Bagel Bites, Then Slaps Manager With the Box