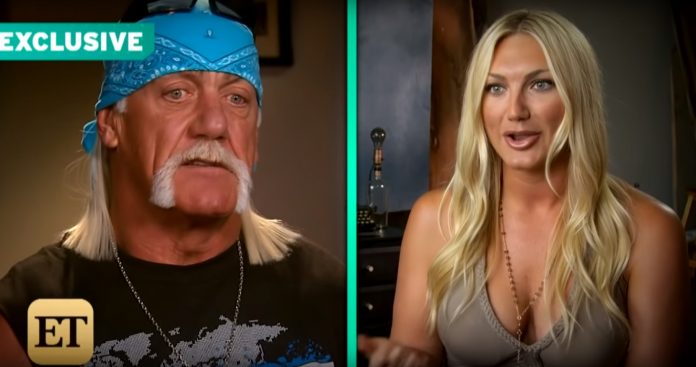 Brooke Hogan, Hulk Hogan’s daughter, is out to help clear her father’s name after racist comments recently came to light.

She does say she feels bad for people involved and understands why people would be upset by Hulk’s remarks.

“I feel bad for my dad, but I also feel bad for the African-American fans and stuff because they don’t know that he didn’t mean it,” she said.

Though the way she backs it up is one of those typical “but they did it first” defenses.

“You know, it would be offensive. But this is something that we have to put a stop to everyday, because I’ll be honest with you,” she said. “I’ve had a black guy call me a honkey, and I’ve also been told that white people smell like bologna. I don’t take offense to it, I just laughed at it.”

We don’t think being compared to a slice of mystery meat carries the same weight as the n-word, Brooke, but whatever helps you sleep at night!