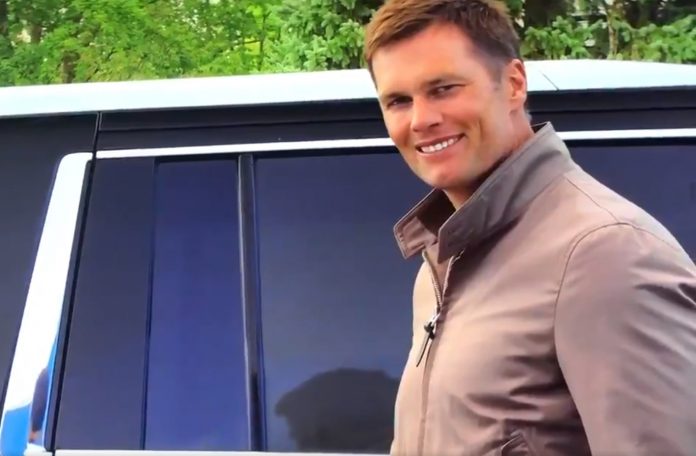 Recently Tom Brady was pretty peeved with the media and wanted to set the record straight about his cameo in Paul Rudd’s new Netflix comedy “Living With Yourself”.

In a brief scene in the episode, Brady walks out of a shady-looking strip mall spa and has a short little back-and-forth with Rudd’s character who is debating going to the spa.

People immediately drew parallels between the joke and the situation involving Robert Kraft soliciting prostitution at a massage parlor.

Though the episode was written four years ago, before the Robert Kraft scandal came to light, Brady was NOT having it when asked about the whole thing by the media and let them have it!

While you can tell Brady was not happy about it, a livid Tom Brady is way calmer than a slightly angry any of us!

Guess he still lives up to being the GOAT.

Tom Brady answers questions about his cameo on a Netflix show and he wasn’t happy. pic.twitter.com/WpI7mrfGJy

Tom Brady’s guest appearance on Netflix’s Living with Yourself is legendary pic.twitter.com/V7hEn5rnRs

What Element, With The Symbol P, Comes In Red, White And...

Dog Runs Over Owner With Four-Wheeler