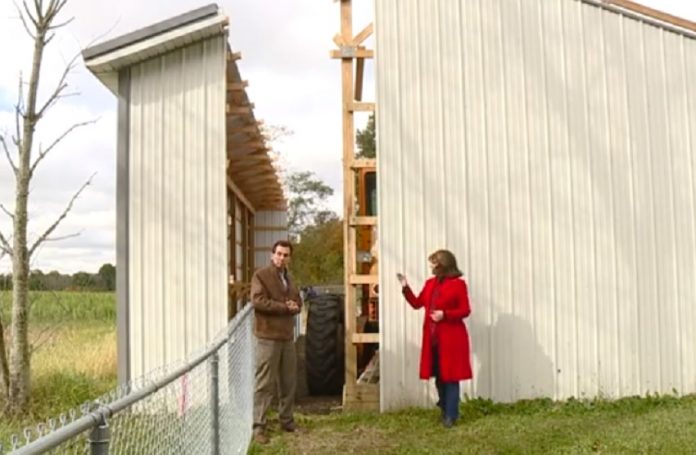 This Ohio town really puts the Ruggles in “struggles” after getting into a petty dispute with a property owner over a township building.

Ruggles Township resident, Brett Galloway complained township officials constructed a building that was partly on his property and wanted to come up with a solution.

Now Galloway is saying the dispute that normally would have a simple solution has turned into “pretty much the most ridiculous things ever.”

After failing to come to an agreement in negotiations with Galloway, the township decided to put up a fence and cut down part of the building, splitting it in half.

The township plans to tear down their part of the building used to store equipment and leave Galloway to deal with the piece that was on his property.

Galloway and taxpayers alike feel the ordeal is pretty stupid and we have to agree or we wouldn’t be talking about it now!