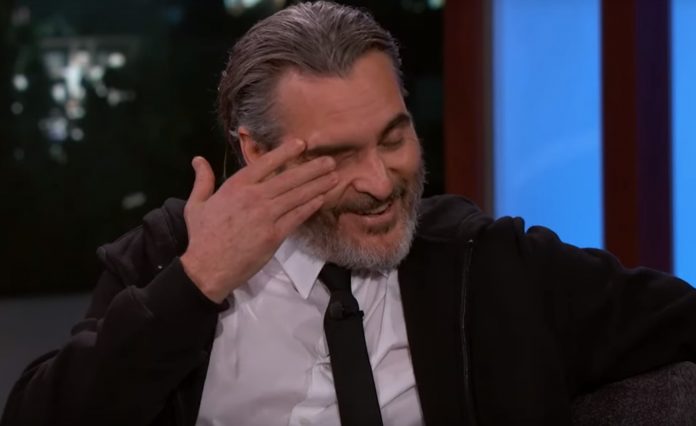 Joaquin Phoenix is already getting praise for his work in his new movie “Joker” but he is not the most proud of this outtake!

While Phoenix was on with Jimmy Kimmel recently, they took a look at a clip where Phoenix seems to get pretty upset when the cinematographer accuses him of being a prima donna, and calls him “Cher.”

Things get real awkward from there when Phoenix looks real embarrassed but plays it off in the most strange, confused kind of way and it goes on for a whole two minutes!

Now we’re not entirely convinced Phoenix didn’t know about it beforehand because he seems to be trying a little too hard to play along as genuinely surprised by the clip making it out there.

Are You Practicing Good Ball Touching Skills During The Pandemic?