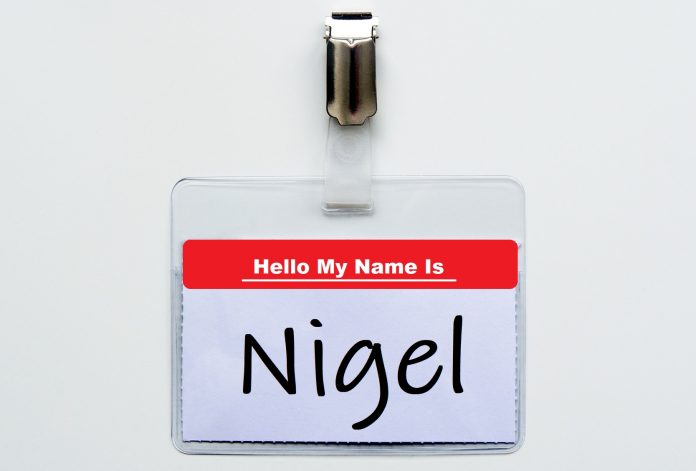 A pub in England called the Fleece Inn held an event recently called “Nigel Night” after it was found Nigel was an “endangered” name!

So 433 guys named Nigel made their way out to the pub to set a world record!

One Nigel was the pub’s owner, Nigel Smith, who came up with the idea after no one in the U.K. had named their baby “Nigel” for an entire year.

A member of Parliament named Nigel Adams couldn’t make it to the event but even he made an appearance by sending in a video message, thanking the various Nigels who helped make it happen.

We should do that with each of our show members’ names, Maitlynn would have a total of four people and Free Beer would have a bar full of people just Greggin’ it up!

Congratulations Nigel Smith landlord of @TheFleeceInn #Bretforton #Worcestershire for organising the record breaking gathering of Nigels at #NigelNight this evening. People came from all over the UK and as far as Australia! pic.twitter.com/M6JvTqg7uF

The first Nigels have signed the Book of Nigel, #NigelNight is go!