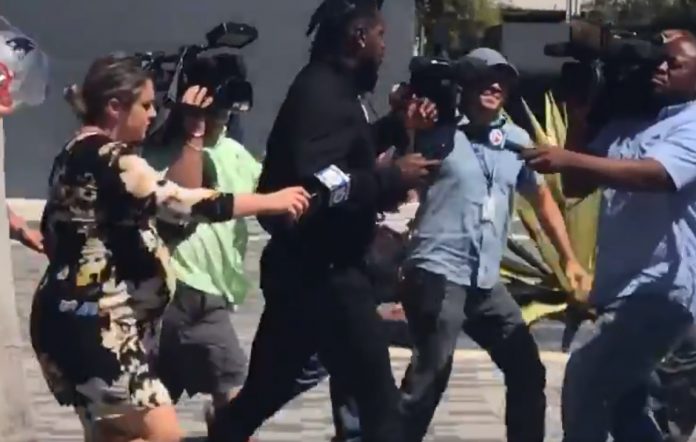 Safe to say Antonio Brown is really out there to just spread brown all over his own reputation lately but he is still in pretty high spirits.

Recently, he appeared in a Miami court to deal with a lawsuit filed against him for allegedly trashing a condo but the most interesting part of this is an interview he did with a reporter outside the courthouse.

Liane Morejon, a pregnant reporter assigned to the story, actually had a little back-and-forth with Brown following his court appearance.

Brown couldn’t believe they sent out a pregnant lady with the news crew to which she replied, “Gotta make that money, gotta do that job.”

We will have to see what kind of shenanigans Brown gets up to next because these past few weeks have just been a wild ride!

Antonio Brown’s banter with reporters following him around is hilarious.
AB: “They sent a pregnant lady to put here?”
Reporter: “Gotta make that money baby” pic.twitter.com/vv6VvN2a4q