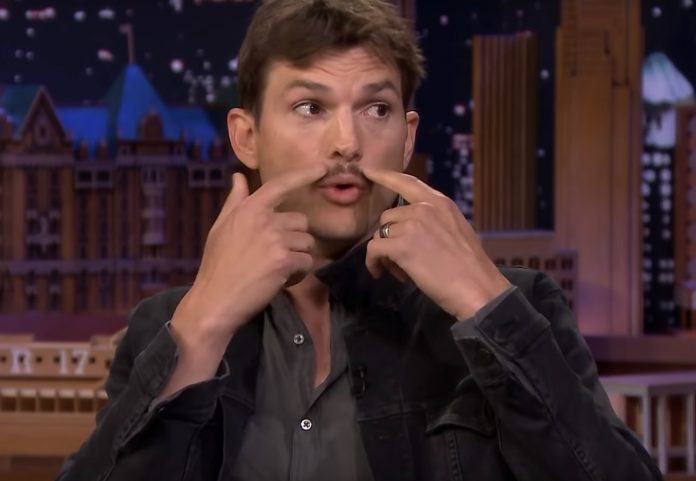 Ever grow a mustache out of spite? Ashton Kutcher has and it’s not going away!

Stache-ton’s “lip jewelry” started out as part of his look for Adele’s birthday party which his wife, Mila Kunis, informed was “1970’s New Year’s” themed!

Both coming from That 70’s Show the Kutcher’s had the look in the bag and so he figured he would have a lovely mustache to complete the look!

All was great, they walked in riding high on some Bee Gee’s “Stayin’ Alive” energy only to be completely deflated when they arrived and realized the party was 1930’s themed!

So now, Kutcher is rocking his spite-stache with pride to really stick it to Adele!

Oh, to be a celebrity…