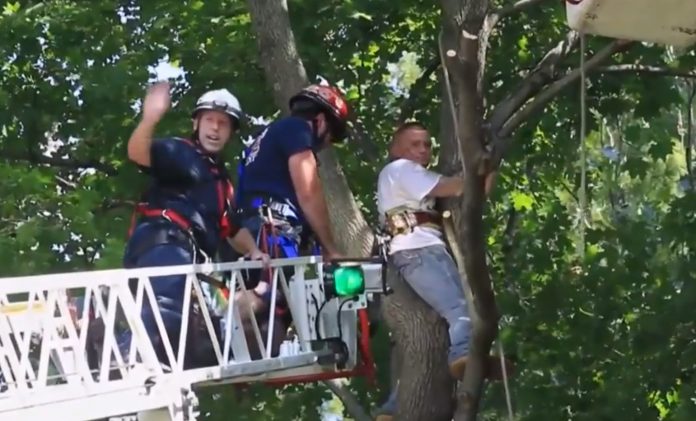 This man was just trying to rescue a cat when he ended up needing to be rescued himself!

Not in the cheesey “I didn’t just rescue my cat, he rescued me” kind of way.

We mean this man was trying to do a good deed by climbing up a ladder to get a cat out of a tree but as the cat climbed higher so did he until his belt got caught!

Stuck in the tree, unable to climb up or down, firefighters had to come to his (and the cat’s) rescue!

All hands were on deck with enough firetrucks there for a five-alarm fire and got them down!