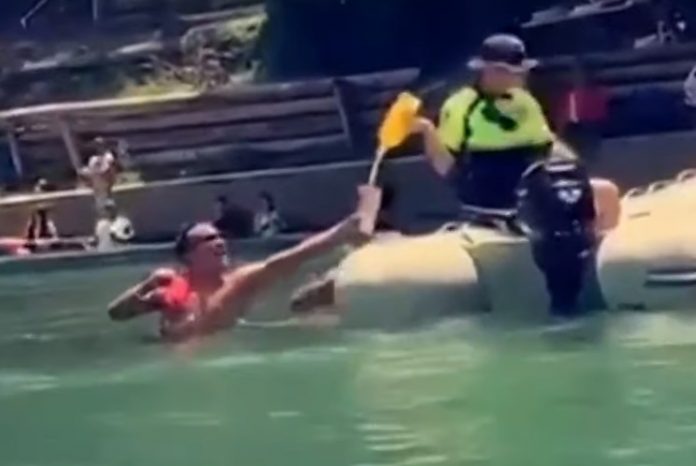 Cops in Texas busted two guys for drinking out of cans and disposable bottles while they were tubing down the river but people are not happy about how they handled it!

The bros say the cops were actually pretty cool about it and while they did have to confiscate and pour out the booze into the river, the guys got in the water and got it back into their cups and mouths and drank it as the cops poured it!

Apparently the cops told them they did have to pour it out but if they happened to catch some of it, it’d be fine!

Now people are not happy as it seems like they just “turned a blind eye” but honestly, who wants to be the guy who ruins a good drinkin’ and floatin’ river day for people!?

He Rolled His Car During A High Speed Chase… And Then...

Colorful Toilets Pop Up Around Indiana Town For Great Cause