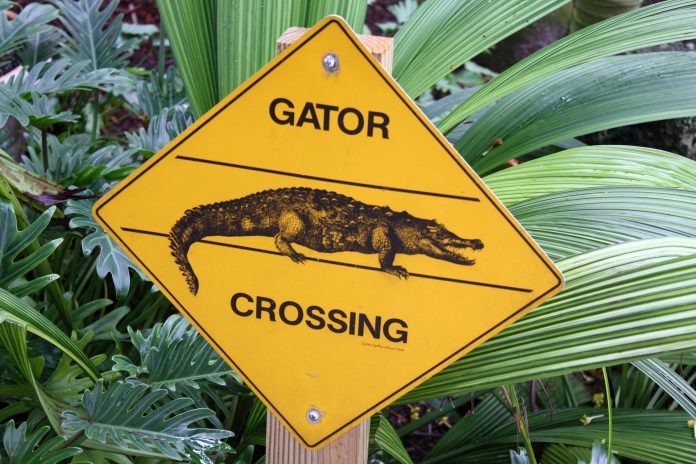 There are a few kind of hilarious 911 calls about a giant alligator in someone’s kitchen recently in, you guessed it, Florida!

First a newspaper delivery person called to report they had spotted it outside someone’s door.

Then, moments later, 911 received a call from another lady to say the gator had made its way into her kitchen!

Might as well just pack up and move, the house has gone to the gators now!

Dudes Rolling Massive Boulder Off Cliff Is More Entertaining Than It...