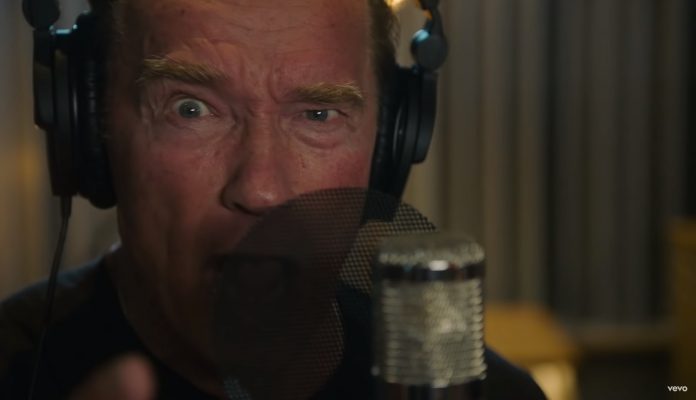 Did you know Arnold Schwarzenegger can rap?

We guess if that’s what you want to call this, then sure! He’s a real rap star!

An Austrian singer wrote a really bad song about Arnold Schwarzenegger called “Pump It Up – The Motivation Song”.

When we say it’s really bad, we mean it is the corniest thing we’ve seen in a hot minute!

Honestly Arnold’s rap is the best part which isn’t saying much considering one of the lines is “break the rules, not the law”…

We sincerely doubt this will ever be the “banger of the summer” so don’t get your hopes up but it’s Arnold Schwarzenegger, he’ll be back.

Bros Get Last Bit Of Liquor As River Cops Pour It...

Why Did UFC Fighter Max Rohskopf Have To Ask 9 Times...