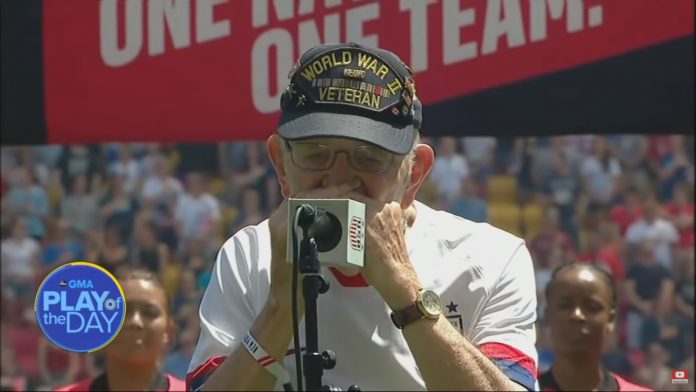 A 96-year-old World War Two vet stunned an entire stadium on Sunday when he played the national anthem on harmonica before the U.S. women’s soccer team played Mexico.

His name is Pete DuPre, and he’s played it before at different events actually earning him the nickname “Harmonica Pete.”

DuPre must be a real good luck charm, though, because the U.S. won three-nothing, and is heading to the world cup next month!

we love Pete so much. pic.twitter.com/Lxd3Xqo9eu

What Are Elevators Called In England?

Woman Accused Of Shoplifting During ‘Shop With A Cop’ Event