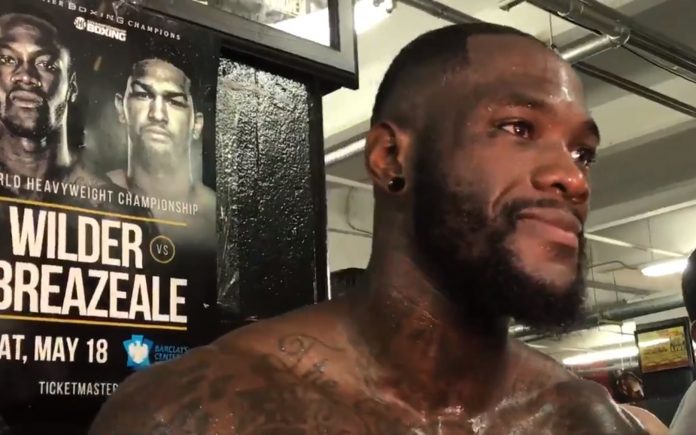 This Saturday Deontay Wilder and Dominic Breazeale will face off in the ring and according to Wilder, it’s about to be a pretty dangerous fight.

Wilder has got some beef with Breazeale after he threatened his brother back in 2017.

Earlier this year, Wilder told Breazeale to start making “funeral arrangements” and with recent comments, it’s apparent he is not joking around.

“This is the only sport where you can kill a man and get paid for it at the same time. It’s legal, so why not use my right to do so?” he said. “His life is on the line for this fight and I do mean his life. I’m still trying to get me a body on my record.”

So let’s hope, come this weekend, we won’t be witnessing a man actually die on live TV…

Deontay Wilder is one of maybe seven people on earth where i believe every single word he says. pic.twitter.com/fQMhQW4BVm