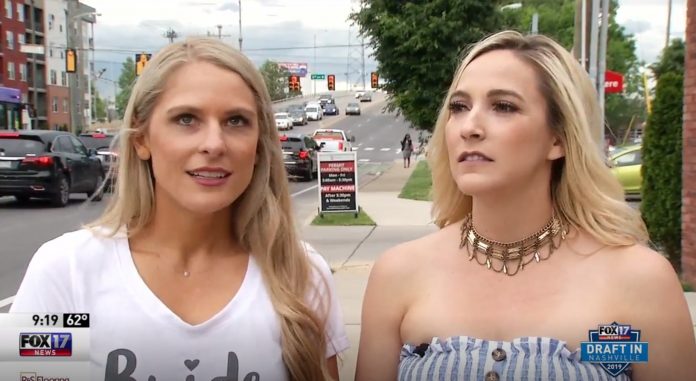 Nashville has gained a reputation over the years as the Mecca of bachelorette parties which is why there was a ton of unsatisfied ladies down in Music City this weekend.

The culprit stealing #BrideTribes’ joy? The NFL Draft also happening in the streets of Nashville.

Honestly, we think having so many woo girls and woo boys in the same city sounds like a blast but these ladies were not happy.

One bride said she was on the verge of tears while other groups just took an “is what it is” approach.

Some brides or bridesmaids are taking it more seriously than anyone ever should and want to take it out on their husbands.

“I’ll tell you who’s going to pay for this. My husband,” one bridesmaid said. “No football next season. No Super Bowl. Because my friend only gets married once, draft happens every year.”

Get In The ~Spooky Spirit~ With These Halloween News Bloopers

In Greece, What Building Would You Find On Top Of The...