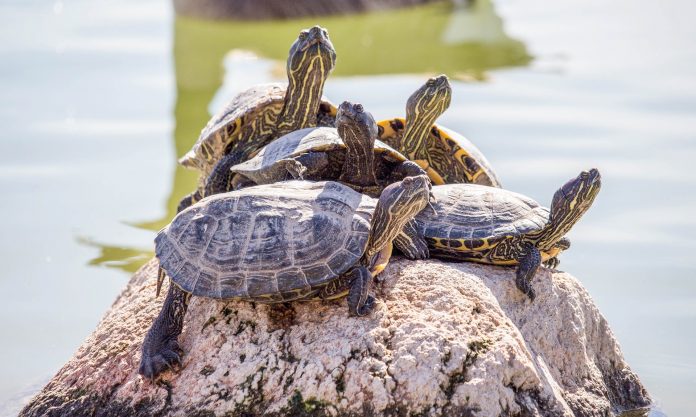 The classic “Florida Man” has returned, this time apparently with an army of turtles!

So this guy, who is assumed to be on drugs (ya don’t say) was disturbing the peace recently at various Orlando coffee and smoothie locations .

This guy, though, took it one step further and told everyone he would unleash his army of turtles to destroy everyone!

Yup, sure dude. Bring your turtles, we’ll bring the tomatoes.

They’re so cute when they eat those!

WWII Veteran’s Song About D-Day Is No. 1 On Amazon Singles...

1,500 Strangers Gather For Beautiful Rendition Of ‘I Want It That...