A dentist in New Jersey put up a pretty saucy Easter display outside his office, featuring five mannequins in lingerie with bunny ears.

Definitely a different take on the traditional “Easter Bunny” you see at the mall.

Naturally, a woman across the street didn’t like it so she took it upon herself to take it down recently…while a  local news team was there to cover the story.

All caught on video, she dismantled and disrobed the scantily clad mannequins, removed their heads, and dumped them in the guy’s driveway.

She called the display “disgusting,” and didn’t care if she got in trouble.

As I was teasing the story for our 5PM newscast, a woman who identified herself as a resident (and had told me earlier that she found the display disgusting and inappropriate) showed up.

You can see her in the upper left corner — with clippers. pic.twitter.com/Ub1pBY9DkP

All that remains of the controversial Easter display. Owner just told me he is “headed to City Hall to take care of this situation.” 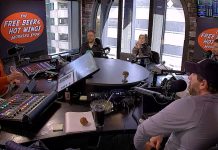 Segment 17: Holidays, Enhanced IDs, Tractors And Facts Of The Day 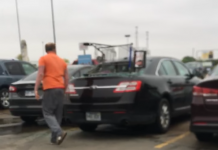 Watch This Idiot Smash Someone’s Car Window With Something Unusual 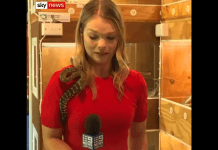 Could You Play It Cool If A Snake Did This? 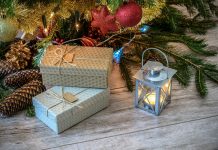 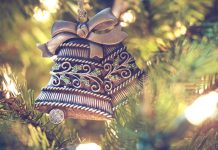 Katrina’s Holiday Break-in In Portland, ME 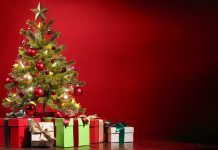 Tracy Morgan And His Wife Have Been Getting Freaky During Quarantine