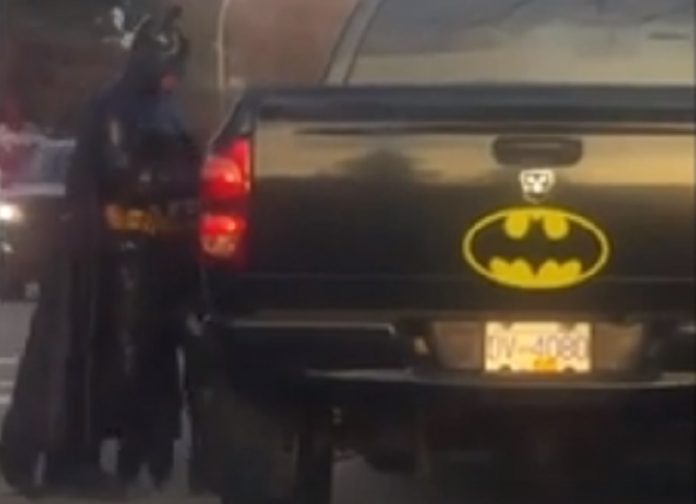 Cops in Canada responded to a domestic disturbance call last weekend where they’d also been told someone had a gun.

So, once they showed up they set up outside with their weapons drawn.

Seemed like a pretty serious situation, requiring only the strongest of heroes.

Then, have no fear, Batman showed up out of nowhere in his Batmobile (actually just a black truck with a logo on it) and asked if they needed backup!

We are not sure if he was able to help or turned away but hopefully Robin was able to get into the action at some point too!

Pretty Sure Everyone Can Relate To This Workout Video

Iguana In Protective Custody After Owner Throws It At Restaurant Manager