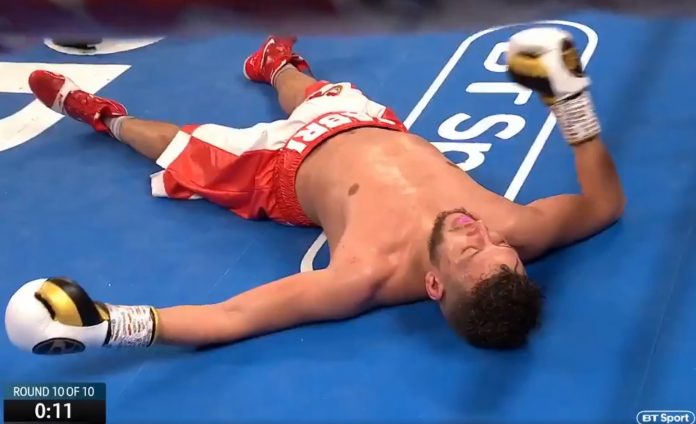 As the final 20 seconds were drawing in and it looked like Sediri was going to come out with a win, he started acting like a cocky d-bag and dancing around Maxwell, taunting him.

Maxwell, though, hit him with one more right that hit just perfectly enough to make Sediri totally lose the attitude and all sense of what is going on and Maxwell came out on top!

Sam Maxwell was losing and being taunted by his opponent all fight and then did this with 10 second to go!