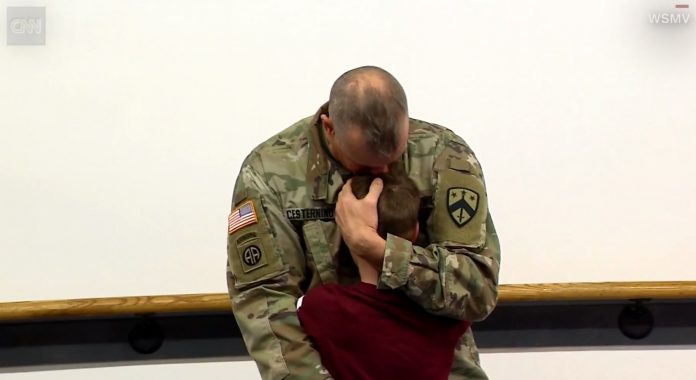 Well here we are at the “cry” part of our old standby “laugh, think, cry.”

Staff Sergeant Rob Cesternino as been serving with the Tennessee National Guard and was deployed in Jordan and Syria since May of last year (2018).

Cesternino came home four days earlier than expected so he decided to surprise the youngest of his six kids at taekwondo practice.

Luca, his son, was blindfolded and thought he was boxing with his coach, not realizing it was his dad.

He only realized once his dad called him by his nickname and they embraced and made every single person cry.

Amazing. Thank you for your service.

Source: CNN / WSMV (Raw video of the surprise there!) 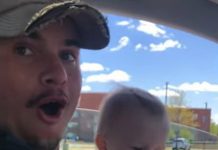 This Dad’s Reaction To Having Triplets Is Priceless 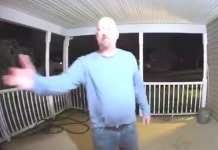 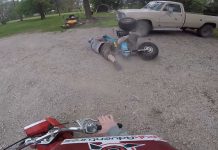 This Toledo News Station Is So Cringe-Worthy We Need To Cancel...

Calling All Family Guy Fans! Stewie & Brian Made A Podcast!