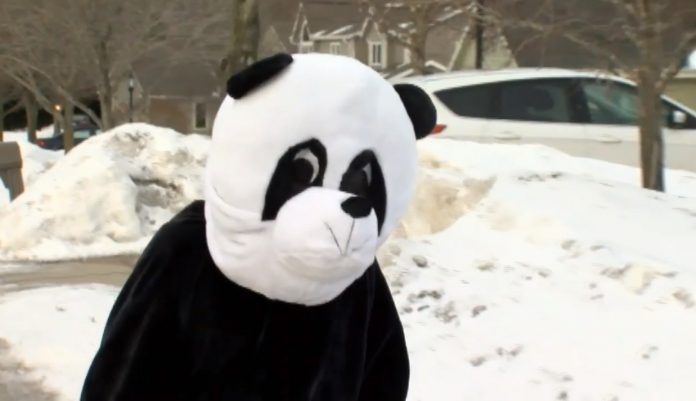 A guy in Wisconsin was dog sitting for his neighbor when he decided to have a little fun with it!

He put on a panda suit and walked around in the snow by her security cameras which was hilarious until another neighbor called the 911!

The other neighbor called police to report a “giant teddy bear” walking around the home and soon enough panda-monium ensued when five squad cars showed up!

Once he confirmed his story with police and the neighbor he was dog sitting for said the panda was welcome in their home, he was able to continue on going about his day’s panda activities.

What would you do if you saw this in your neighborhood?

Correction To Article On Woman Who Claimed She Developed An Abscess...

What is ‘Shawshank’ In The Film ‘The Shawshank Redemption?’