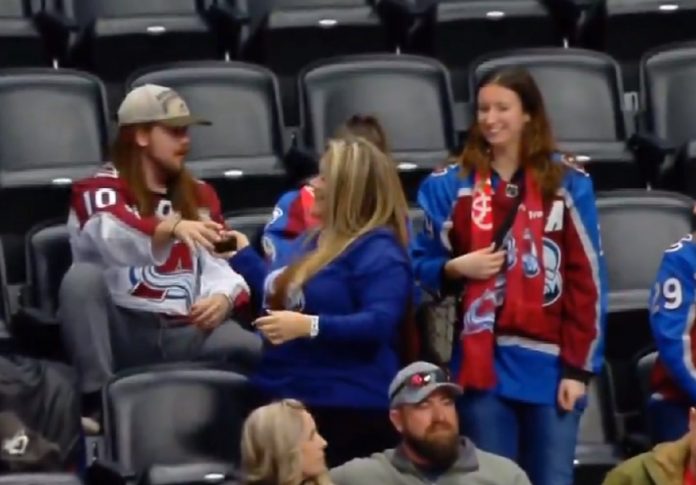 Hockey is obviously a game for lovers, right?

Well maybe not for this couple…anymore.

At a recent Colorado Avalanche game Gabriel Landeskog decided he would give this couple a gift they will always remember, a puck from the game!

He flings the puck up from his stick and as the guy is reaching for it, so is another woman in the seat in front of him!

The guy catches it and his girlfriend probably was so excited he would give it to her and the entire sweet gesture would be on TV and it would be “sooo cute.”

Well unfortunately, for this guy, he decided it would be nice to give it to the other lady who was vying for the puck instead.

You literally see the disappointment on his girlfriend’s face.

So pray for this guy before you go to sleep tonight, he’s probably not too comfy on the couch.

Anyone Hungry For A Bad-Timing-Burger?

Friend Of The Show, Ellen Tailor Gets Totally Spooked At Haunted...