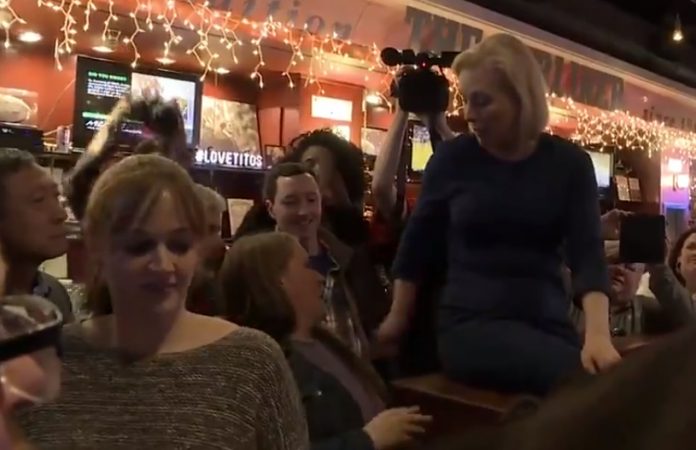 Senator Kirsten Gillibrand from New York recently announced she’s running for president and what better way to show the people you’re down-to-Earth and relatable than hosting a Q&A at a bar?

It was pretty crowded and as Gillibrand was answering someone’s question, another woman who probably was annoyed by the whole thing, scooted through with her hands up saying “I’m just trying to get some ranch.”

We try to keep it politics-free here, so this is probably the only presidential election story we will be aDRESSING.

And here’s video of the woman “just trying to get some ranch,” while Senator Kirsten Gillibrand speaks to supporters in Iowa City. pic.twitter.com/6PRCVbbIQW

Who Loots For Cheesecake? This Lady.